Millions of Americans take cough and cold medicines each year to help with symptoms of colds, and when taken as instructed, these medicines can be safe and effective. However, several cough and cold medicines contain ingredients that are psychoactive (mind-altering) when taken in higher-than-recommended dosages, and some people may abuse them. These products also contain other ingredients that can add to the risks.

Cough syrups and capsules containing dextromethorphan (DXM). These over-the-counter (or OTC) — meaning they can be bought without a prescription — cough medicines are safe for stopping coughs during a cold if you take them as directed. Taking more than the recommended amount can produce euphoria (a relaxed pleasurable feeling) and dissociative effects (like you are detached from your body).

Some people mix promethazine-codeine cough syrup with soda or alcohol and flavor the mixture by adding hard candies, commonly known as “Purple Drank” or “Sizzurp”.

DXM abuse can cause:

Promethazine-codeine cough syrup can cause:

Also, cough and cold medicines are even more dangerous when taken with alcohol or other drugs. 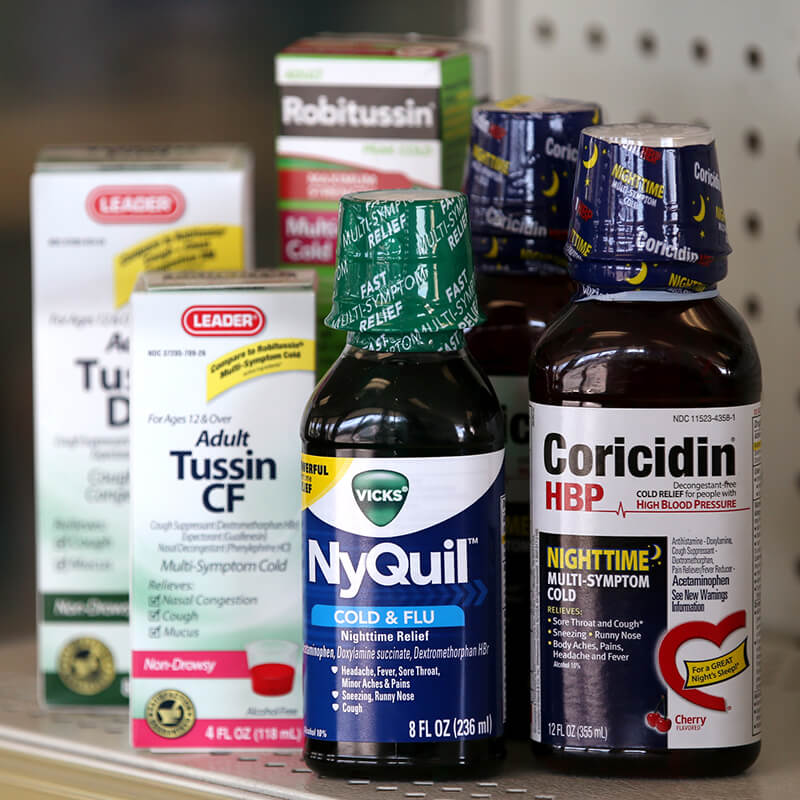 Cough and cold medicines are even more dangerous when taken with alcohol or other drugs.