Tobacco use is the leading preventable cause of disease, disability and death in the United States. According to the Centers for Disease Control and Prevention, cigarette smoking results in more than 480,000 premature deaths in our country every year — about 1 in every 5 U.S. deaths — and an additional 16 million people suffer with a serious illness caused by smoking. In fact, for every one person who dies from smoking, about 30 more suffer from at least one serious tobacco-related illness.

Cigarettes and other forms of tobacco — including cigars, pipe tobacco, snuff and chewing tobacco — contain the addictive drug nicotine. Nicotine is readily absorbed into the bloodstream when a tobacco product is chewed, inhaled or smoked. A typical smoker will take 10 puffs on a cigarette over the period of about 5 minutes that the cigarette is lit. Thus, a person who smokes about 1 pack (25 cigarettes) daily gets 250 “hits” of nicotine per day.

Vaping is the act of inhaling a water vapor through a vaporizer, sometimes called a vape pen or electronic cigarette (e-cigarette). These are battery-powered devices that are usually shaped like a pen or tobacco cigarette. A cartridge, or pod, inside holds a liquid, usually containing nicotine or hash oil, along with other chemicals like artificial, or manmade, flavors. A heating element warms up the liquid until it becomes a vapor, and users inhale the vapor and exhale a puff of fog or steam that looks like smoke but isn’t.

Vaping has also become an increasingly popular way to ingest THC, the active compound in marijuana or pot. Marijuana is dissolved in butane and other chemicals to create hash oil, which can be heated in vape pens.

A common misunderstanding about vaping is that it’s safe, because you’re not inhaling smoke. While the absence of smoke does make vaping less dangerous than smoking marijuana or traditional tobacco cigarettes, vaping isn’t considered safe or risk-free by the Food and Drug Administration.

Surprisingly, there is no requirement to make public the ingredients of e-liquids (also known as “juice”). So, who knows what’s in that little bottle of chocolate-flavored liquid? According to some studies, diethylene glycol, a chemical toxic to humans often found in anti-freeze can be commonly found in juice cartridges. Yet, this is just one of several toxic chemicals that has been found within e-liquids. Some smoke shops will make their own house blends and tout all sorts of purity claims; however, no one is testing those house blends.

Vaping Facts You Need to Know 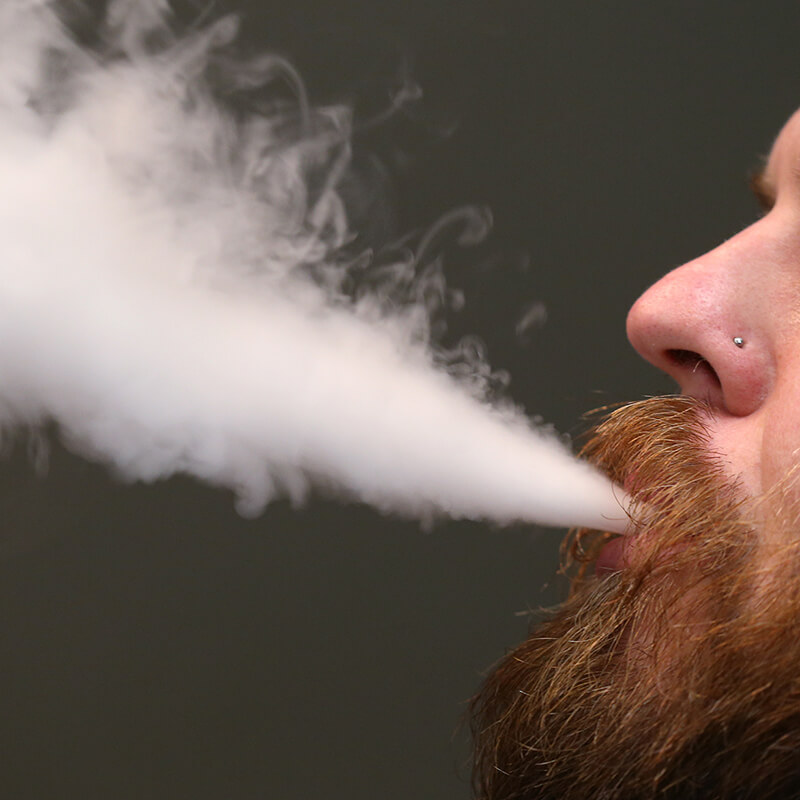 Surgeon General Addresses E-Cigarette Use Among Youth and Young Adults